Diamondbacks manager Torey Lovullo has a lot of work ahead of him as the only way for the Diamondbacks to traverse, these days, is upward. The team is coming off the second-worst season in franchise history (52-110, 55 games behind the NL West-leading Giants), and the agony and misery of a bitter 2021 summer linger like a dark, ominous cloud.

While the current lockout puts player transactions on hold and attempts to improve the team to a screeching halt, there is a mechanism at work to address the recent maladies. While this does not include player movement, the change, perhaps not so subtle, could go a long way to help improve fortunes.

The core of this transformation centers around Diamondbacks manager Torey Lovullo. As his initial 5-year contract as Arizona’s manager was about to expire, decision-makers, with the ties, jackets, and the checkbook, extended Lovullo for the 2022 season. That decision was made during the closing days of the 2021 season and Lovullo immediately took stock of his responsibility.

“I’m humbled by the extension,” he said at the time. “I’ll continue to push the ball forward.” 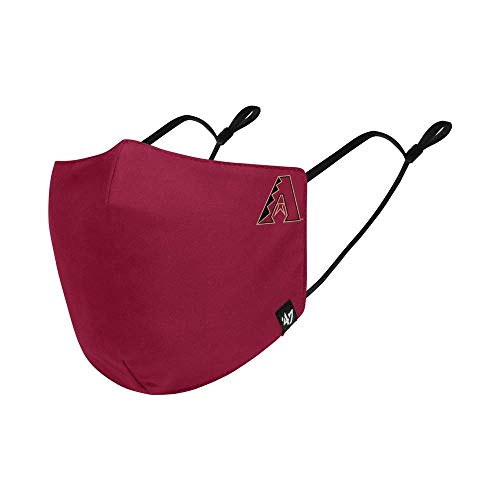 Arizona Diamondbacks Adjustable Face Mask
$11.99 ($11.99 / Count)
Buy Now
We earn a commission if you make a purchase, at no additional cost to you.

That’s all well and good and very diplomatic. Yet, Diamondbacks manager Lovullo, at 56-years-old, admitted to a revelation during his years in the desert. Charismatic and outgoing, Lovullo is known for his ability to communicate with players and is careful with his words in addressing the media. Overall, he admitted to a psychological transformation and one which will play out over the 2022 season.

Because of his nature to communicate with players, on the diamond, and within their, individual persona, Lovullo admitted, “I’m not the same manager I was four, five years ago.”

Regarded as “a players manager,” Lovullo appeared to go the extra step and slip close to his players. When introduced as the Diamondbacks field manager in October 2016, he told reporters at the time, “what matters to the players, matters to me.”

While he still maintains the necessity of bond, Lovullo is now less demonstrative with his relationships. In the past, he was cordial, cozy, and warm, but those days are now in the rearview mirror. Now, Lovullo is a bit more cautious and perhaps a little callous.

“My approach has changed,” he said on the day his 2022 extension was announced. “Now, I’ve established a barrier between me and the players. In the past, I thought along the line of one line-up and perhaps some loyalty but that has changed. Now, it’s plug-and-play and go with the best line-up on a given night.”

To that end, Lovullo altered his coaching staff and now populated with major league veterans. No longer in a teaching mode, Lovullo has changed and so has his approach the coaching. For 2022, Brent Storm, who led the Houston Astros to recent success, was brought in as the pitching coach and Jeff Banister, former manager at Texas, is the bench coach.

The emphasis now is results-oriented, and the days of coaching and patience seem quite far removed. Always regarded on the players’ side, Lovullo’s ability to open up still goes without notice.

“(Torey) has been great for my confidence,” said Josh Rojas, who finished the 2021 season with a .264 batting average in 139 games. “He’s much different than any manager I’ve had. From the beginning, he’s open and gives a very good comfort level. This is one decision I hoped and that (management) would bring him back.”

For now, Diamondbacks manager Lovullo plans when the daily operations are back to normal, and general manager Mike Hazen can work deals to make the Diamondbacks more competitive. In the meantime, Lovullo says he’s changed for the better.

“I’ve been tested to the highest level and didn’t crack,” he said after the horrid 2021 season. “I’ve become stronger and more resilient. I’ll figure out a way to get better.”

That would seem to begin with creating a subtle but clear distance between himself and his players. How the lockout affects the Diamondbacks