Is baseball on its third strike?

There are suggestions that this classic game hailed in the US is waning in popularity, with much of the criticism attacking long periods of little action and no real excitement. So how can the old dog come up with new tricks to engage a new generation of Major League Baseball fans?

In this article, we discuss why baseball popularity may be slowing down and the different ways that can counter the trend.

The statistics suggest the sport does have a smaller fanbase today than it once had. For example, the World Series viewership has gone from over 44 million in the 1970s to below 10 million in 2020. There’s also a generational issue to address. At the turn of the century, the average age of an MLB fan was 52 – a staggering issue to begin with. But in 2016, the average age of viewers has increased to 57, with only 7% of all fans under the age of 18.

The Denver Post, which published the above figures and many others, believe to have found a correlation between waning popularity and a reduction of in-game action. They have uncovered that as time moves on, games have become less attractive with not as much to get excited about, which corresponds with drops in viewership, especially among younger people. Even the presidents of the Chicago Cubs has acknowledged this problem and blames teams overly driven by performance data and analytics, which have made the game duller.

Although it would be difficult to change the game overnight and make it more exciting, there are ways to entice a younger population back to baseball. Here are two examples of how it’s already being achieved:

Baseball games and especially baseball video games have the potential to introduce more young people to the sport and what it’s all about. Playing on a video console may be what gets some young people to consider watching a real game or even going to try-outs at their local club or school.

Games also have the potential to engage an older – but still young – crowd. So, for example, there are now fantastic baseball slot games at online casino sites that may get young adults interested.

The old guard of the game will remember trading baseball cards with friends on the schoolyard. Now those cards can be some of the greatest investments, with some rare cards in super condition worth a considerable sum.

Despite the dominance of technology, young boys and girls are still drawn to sporty cards like these, and they still have some pull to get them interested in the sport.

Will baseball hit back?

The popularity of the sport may not return to its most glory days, but there is a good chance it will stop waning in popularity. The crux of it will come down to appealing to the youngest generations, considering the average age of an MLB spectator. 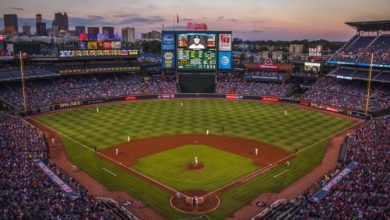