As the 41st overall pick in the 2016 draft, then Californian high school lefty Nick Lodolo was expected to move quickly throughout the Pittsburgh Pirates’ pitching ranks. Instead, Lodolo spurned the Pirates by turning down their offer and honoring his commitment to Texas Christian University. Betting on yourself to land even higher in a draft is a risky play for a pick that high, but safe to say it worked out for Lodolo.

By the time Lodolo was draft eligible again in 2019, he had established himself as the ace of the Horned Frogs’ staff, and one of the premier pitchers in college baseball. Posting a 2.36 ERA with 131 strikeouts over 103 innings across 16 starts, scouts were excited for Lodolo’s potential, and he became the first pitcher called in the class, going seventh overall to the Reds. Quickly signing for a $5.4 million bonus, Lodolo went to work and immediately left an impression on Cincinnati’s brass by not issuing a walk over his first 18.1 professional innings.

As with most minor leaguers, the coronavirus pandemic wiped out Lodolo’s 2020 season, but he was assigned to Cincinnati’s alternate development camp, and made good strides. The Reds had such faith in Lodolo that they assigned him straight to Double-A to kick off the 2021 minor league season, despite just two prior starts at High-A level in his career. Lodolo responded in kind with a 1.84 ERA over 10 Double-A starts. He was moved up to Triple-A, where his 5.40 ERA doesn’t look pretty, but it is over a small sample size of 6.2 innings across three starts.

At face value, the 6’6″ Lodolo screams control artist, but he’s more than that. Lodolo has exceptional command over the strikezone, but also brings a ton of stuff with his pitches. His fastball dances around the zone with ease, and his tall, lanky frame allows him to generate plus velocity on the pitch, routinely sitting around 96 mph. His slider has well above average qualities.

Sitting in the low-80s, Lodolo’s command over the pitch gives it less of a sweeping characteristic and more of a heavy bite, meaning it looks like a fastball for most of the delivery before quickly darting into a slider. The Reds spent most of Lodolo’s time at the alternate site working on his changeup, with promising results. Lodolo now matches his arm angle to that of his fastball’s, creating a good fading effect on the changeup, while also adding more consistency to the fastball’s delivery.

Cincinnati hasn’t had a true consistent ace of the rotation since the early days of Johnny Cueto and Mat Latos in their primes. While Trevor Bauer delivered ace level results for the Reds in 2020, that was only across 11 starts. While Tyler Mahle has developed into a nice surprise, and Sonny Gray and Luis Castillo have provided okay results, the Reds are still feeling the aches and pains of no consistent ace in their rotation in almost a decade.

That’s where Lodolo steps in. At just 23 years old, Lodolo has a long career ahead of him, and he’s already reached Triple-A. The power lefty with good control mold has proven to work well in the majors, think Andy Pettitte. Lodolo’s control has allowed him to get this far, but now he’s actively attacking hitters, consistently throwing them off balance. Lodolo is still adding strength to his frame as well, so he has the potential to boost his stock even further. Cincinnati’s bright future is close to fruition, and when it finally hits, Lodolo should be at the head of the table. 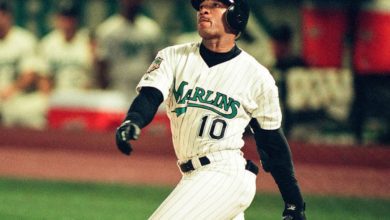