Baseball is a sport played by thousands of players and enjoyed by millions of fans in different corners of the world. Over the years, many baseball game events have taken place worldwide, including the popular World Series games. Most of these games are typical events, just like any other. However, some games stand out to leave a memorable mark in history.

This article will look at some events deemed the top-best baseball games of all time.

The Chicago Cub versus the Cleveland Indians (2016)

Game 7 of the 2016 World Series is undoubtedly one of the best baseball games of all time, if not the best. The championship game was between two teams looking to break the decades-long championship curse. Before this historic game, the last time the Chicago Cubs managed to take home a World Series title was 1908. The Cleveland Indians, too, won their last title in 1948.

During the game, the Cubs took the lead in the fifth inning, after which it all went downhill. Club manager Joe Madden decided to substitute Kyle Hendricks with Jon Lester. While Lester was undoubtedly one of the best playoff pitchers in baseball, he struggled on the mound in this game and gave up two runs to the Indians.

Cleveland tied the game when Rajai Davis hit a two-run home run. The game later went on to the 10th inning when the game was interrupted by rain.

Interestingly, during the rain delay, the Cubs outfielder Jason Heyward decided to give his teammates a little pep talk in a small weight room. The pep talk worked as the Cubs came out aggressive to score two runs and take the lead over the Indians. The nerve-racking race to break each team’s championship drought ended with the Cubs beating the Indians with a Score of 8-7.

The Boston Red Sox versus the New York Mets (1986)

With a 3-2 lead, the Boston Red Sox were a step away from the Series title when they entered game 6 of the 1986 World Series. Unfortunately, it would go down as one of the most heartbreaking games in Red Sox history and a failed attempt to break the over 6-decades long World Series drought.

Both teams were tied in the ninth inning. This led to the game entering extra innings, with the Red Sox scoring two more runs in the top of the tenth to put them in the lead with a 5-3 score. After this, the Met rallied and managed to tie the game.

Then, in one of the biggest errors in baseball history, New York Mets Mookie Wilson hit a ground ball through Red Sox’s Bill Buckner’s legs. The rallying action of the Mets in the extra innings places this game into one of the best games in baseball history. After all, many people assumed the Red Sox were already a shoo-in for the win.

Betting on the Mets to win would have earned any lucky punter a tidy sum of money. You can visit this website for the next baseball game action.

The Cincinnati Reds versus the Boston Red Sox (1975)

Game 6 of the 1975 World Series is undoubtedly one of the most iconic baseball games. Baseball fans still talk about the game to this very day.

Things started pretty well for the Red Sox right from the first inning, with Center Fielder Fled Lynn hitting a three-run home run. Things didn’t look good for the Reds as they didn’t get any score till the top of the fifth when they managed to get three runs of their own. The Reds extended the lead to a 6-3 score in the eighth inning.

With Boston’s back against the wall, things were looking good for the Reds until pinch hitter Bernie Carbo heroically tied the game with a three-run dinger. After that, the game remained tied at 6-6 and entered extra innings. Despite great efforts by both teams, the tie stood through the tenth and eleventh.

The game went into the 12th, during which Carlton Fisk delivered one of the most memorable moments in baseball history by driving the ball down the left field line, followed by a frantic hand gesture in the air as if willing the ball to go fair. Shockingly, it worked, and the Red Sox got a 7-6 win, forcing a seventh game.

Aside from the three epic games listed above, many other games have left a memorable mark in baseball history.

The table below contains a few of them.

The best baseball games of all time display the sport at its very best, providing players and fans with long-lasting memories. As the game continues, more memorable moments will continue to happen.

Having said that, if you are interested in getting in on the action of baseball games and making some money by betting on your favorite team, then don’t hesitate to do so at Parimatch. Parimatch is a fully licensed online gaming provider with a lot to offer sports betting and casino enthusiasts in India, from a wide range of betting markets to various promotional offers. Factors to Consider in Looking for the Winning MLB Team 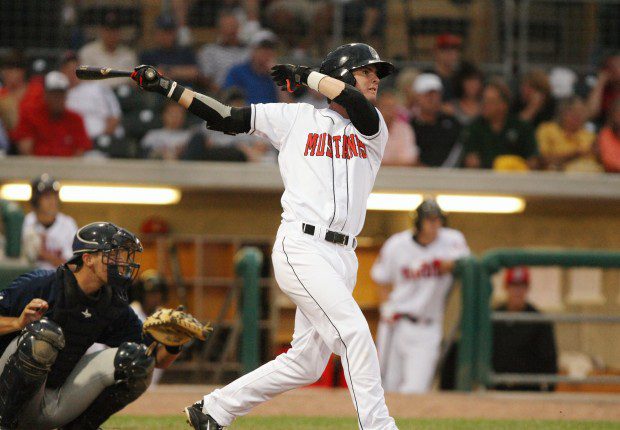