Someday, when COVID disappears, we will once again need tailgating accessories, but no true parking lot throw down is complete without the little, often overlooked details, that truly make it a fantastic time.

After months and months of quarantining and only being able to watch sports on television while the players compete in front of empty stadiums, it is likely that the 2021 tailgating season – if it happens – is going to be one of the best ones yet.

So, because of that, we want to present to you our top ten must have tailgating accessories.

Yes, we cover lots of the “big stuff” on this site. For example:

The items detailed in those list are, of course, absolutely essential. And everybody thinks of them.

What I want to present to you today are those “secret” items that are often overlooked. 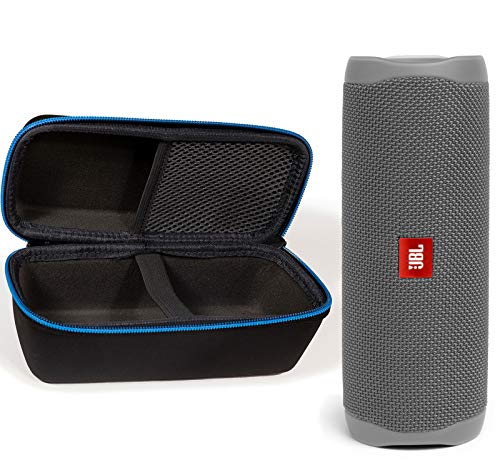 Believe it or not, many people overlook one of the most important parts of tailgating: the music.

And, when they show up in the parking lot, somebody rolls down their windows, turns up the radio, and thinks that is OK.

The sound quality sucks. It is difficult to hear even just feet away from the care.

It is a total mood killer.

So, instead, why not opt for the outstanding JBL Flip 5 Waterproof Wireless Bluetooth Speaker.

It is seriously 100-percent wireless, running on a Lithium-ion Polyer battery that not only gives you 12 hours of battery life, but can also be recharged in just 2.5 hours.

That said: you do have the option to power it through A/C power, if needed.

The sound quality on this little thing is quite impressive. Have you ever heard Amazon Alexa play music? It’s not too bad for such a small setup.

This JBL is lightyears ahead of Alexa’s sound quality.

Moreover, if you want even bigger sound, you are able to purchase multiple speaker, wire them together, and play your music loud enough for the whole dang parking lot to hear.

It is, of course, fully compatiable with both Apple and Android phones allowing for free synching to Spotify or your other favorite music apps on your phone. 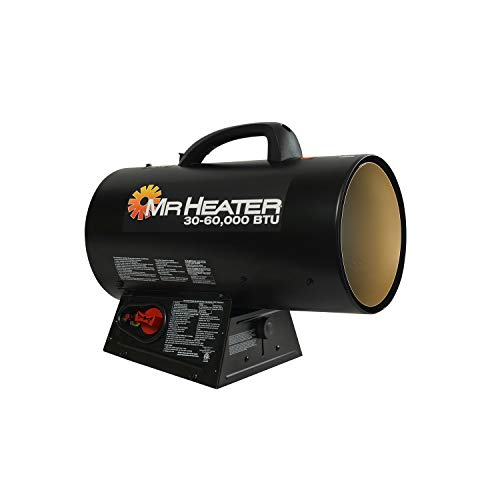 Here’s the thing: nobody wants to be cold at the big tailgating party.

To avoid that, you have one of two options.

One: you can provide enough hard liquor to keep everybody warm.

Or, two: you can purchase the amazing Mr. Heater Propane Forced Air Heater to keep everybody nice and toasty.

I know which option I’m going with. The liquor would ultimately be more expensive, and way messier — if you know what I mean.

The Mr. Heater Portable Propane Forced Air Heater is an amazing option to have at your tailgate party. It can pump out between 30,000 – 60,000 BTUs which is more than enough to hear approximately 1,500 square feet.

No tailgate party that I know off takes up 1,500 square feet … so this thing will be even more efficient than specified for your fellow tailgaters.

On the low setting (around 30,000 BTUs), this baby will run up to 14 hours on a 20lb tank (which is the size of a standard BBQ propane tank). Not only does it also have continuous ignition, but it employs QBT Technology to help it run 50% quieter than all other standard propane heaters.

Lastly, it includes a high limit switch and a thermoelectric safety valve so you can feel comfortable using this around your party knowing it will never overheat or have catastrophic failure. 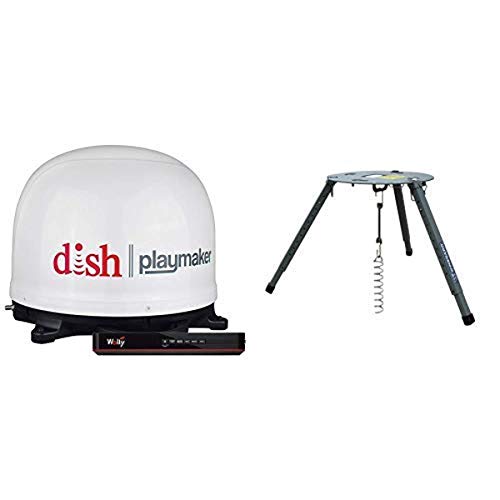 It just seems like a natural idea to bring a television to your tailgate party.

Especially, for example, if you are tailgating for an 8pm kickoff and you get to the lot at noon.

With a television, you can watch all the other football games throughout the day as you eat, drink, and enjoy your company.

You could use old-school rabbit ears to pick up the local stations. But there is no guarantee that is going to work, and you have limited ability to actually pick what it is you want to watch.

With the Dish Playmaker Portable Antenna and the Wally HD receiver, that is no longer a problem.

As you can probably expect, the portable antenna and the Wally HD receiver allow you to tap into your Dish account from any parking lot in the world.

The antenna itself is constructed from high-strength military grade aluminum alloy so that it can take some of the rough and tumble environments you may throw at it.

As well, it includes an optional roof mount connection, or you can hook it up tot he included stand.

Once you setup the antenna, there is just a single coax connection tot he receiver, and then your desired connection type from the receiver to your television.

It is incredibly simple.

And it provides a huge “wow!” factor to your tailgating party.