Let’s bring it back to August 4th, 1989 when Dave Stieb was hurling for the Toronto Blue Jays against the New York Yankees. This was the team that was led by “Donny Baseball” himself, Don Mattingly, who had a supporting cast of Jesse Barfield, Steve Sax and Ricky Henderson. It wasn’t a great team by Yankees’ standards. They were near the bottom of the AL East and kind of a disappointment compared to their 1988 season, but still, nowhere near the Yankees they would become at the end of the 1990s. Insert Dave Stieb. Betway insider sat down with former Toronto Blue Jays Dave Stieb to talk about his career and this game.

This game on August 4th had right-hander Dave Stieb on the hill for the Blue Jays and Clay Parker starting for the Yankees.

Dave Stieb: A Recap of His Near-Perfect Game

Dave Stieb was in control early, letting his defense do the talking for him. His first strikeout came in the top of the second, when he forced Mel Hall into swinging on a third strike, and then kept the machine going, striking out Jesse Barfield right after him.

In the top of the ninth it was starting to look like Stieb lost a little on his stuff, but he was able to get Hal Morris and Ken Phelps out with a pair of strikeouts. When Roberto Kelly stepped in, Stieb’s demeanor was business as usual, but his arm said otherwise, and Kelly smacked a line-drive double to left field. There it was– gone. The perfect game and the no-no, all at the same time. 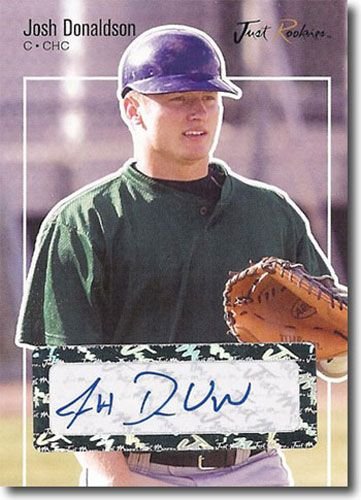 2007 Josh Donaldson Autographed Rookie Card: Mint
$24.95
Buy Now
We earn a commission if you make a purchase, at no additional cost to you.

Baseball is cruel, isn’t it?

When Steve Sax came up next and drove Kelly in on a single to right, his chance at even a shutout was gone.

While pitchers have to learn to have a short memory, Dave Stieb held onto that particular moment.

Dave Stieb: The Rest of the Season

Yes, he ended that year with an 11-6 record with a 3.83 ERA, etching another solid season in the books, but pitchers dream of throwing no-hitters from the moment they step on a mound. It comes with the job. They want their name in the record books. They want to be able to tell their children and grandchildren of the feat.

For Dave Stieb, this was kind of a sick joke, though. He’s flirted with no-nos twice before this. In the previous season he flirted with two in September, and now here he was again, Mr. Almost. Nothing could be as frustrating as coming close multiple times, just to get smacked back into the harsh reality of the word “almost” again.

Fast forward to the following year, 1990, Stieb was having another solid campaign. He was nearing twenty wins and his ERA was just above 3.00. That season he became an All-Star; his seventh and final time. And there were talks of him being considered as a dark horse Cy Young winner. Stieb didn’t think much about that, though. He and his Blue Jays were trying to catch the Boston Red Sox in the AL East. Winning was the only thing on his mind.

At the start of September, the Blue Jays thought they had a real shot at catching the Sox and winning their division. So when September 2nd came along, which was Stieb’s first start of the month, he gave his boys possible hope of things to come. They were in Cleveland, battling a dreadful Indians team that was 59-74 and nowhere near contention.

Stieb had a shaky start in the bottom half of the first, walking Alex Cole on a 3-1 count. Cole tried stealing on the next at bat, but was thrown out by Pat Borders. Again, much like most of his late-season starts, Stieb put his defense to work. It wasn’t until the bottom of the third before he got his first punch out, taking down Cleveland’s seven spot hitter Cory Snyder on a full count.

From there, Dave Stieb dialed it up a notch and struck out the side. Toronto manager Cito Gaston later stated that Stieb looked “different” after that first strikeout. The nerves settled. He redirected his adrenaline into his game and trusted that whatever came off the opposition’s bat, his team would surely back him up.

It wasn’t until the seventh when everyone began to realize that Cleveland hadn’t got a hit yet. It’s easy for any pitcher to say they don’t let those moments get to them, but for Stieb it had to have felt what Gaston would later say, different. Here Stieb was again. Welcome back, Mr. Almost. For someone like Stieb, now a twelve-year veteran, an ace on his team and someone that has flirted with perfection in the past, his nerves were probably different than that of a rookie or a first-timer in this position. Stieb wasn’t going to do anything different, though. He wasn’t going to overthink it and throw junk the deeper into the game he went to try and keep him relevant. No, he was just going to play his game. Mr. Almost’s game. At the end of the day, winning was the only thing that mattered, regardless of personal achievements.

In the bottom of the ninth, he was able to get Chris James to fly out to left. Then sat pinch hitter Candy Maldonado down with five pitches. After, he walked Alex Cole, who ended up making his way to second later. Here we go again, of course. Stieb had a runner on with two outs. Second baseman Jerry Browne stepped into the box now. Jerry Browne was one of the few bright spots for Cleveland that tumultuous season. He had 137 hits in the 140 games he played. He wasn’t injured like others on the roster were, and he provided some stability to an otherwise talent-lacking crew. Browne was a young 24-year-old in 1990.

He knew of Dave Stieb’s moment he was trying to embark on, but much like any 20-something player, the nerves were steel. They’re transformed into emotions of ego, trying to build that confidence more and more. Browne didn’t care about Stieb’s flirt with history. To him it was his moment. His time. Stieb had his time already. It was time for the next generation to take center stage.

Stieb threw the left-handed-hitting Browne an inside pitch that nearly hit him, marking his fifth ball thrown in a row. Stieb was getting tired now and Browne knew it. Browne thought Steib’s next ball was going inside, so he stretched his inner section away from the plate, but Stieb’s throw fooled him and painted the outside corner for his first strike. Browne refused to be fooled again and took the next pitch, a slider, deep to right field. Junior Felix made a good route to it and caught it for the final out, finally giving Stieb his first, and only, no-hitter in his and the Toronto Blue Jays’ history. Borders was the first to greet his pitcher on the mound and the team lifted Stieb up in triumph like a movie.

When the dust settled, the Jays just missed out on the postseason that year, and Stieb finished the campaign with a 2.93 ERA with 125 strikeouts and an 18-6 record. He went on to play four more seasons, three with the Jays and one with the White Sox, but his 1990 season marked the end of a full time ace role for him. In his final season, he came back at 40-years-old to pitch in 19 games and retire as a Blue Jay, ending a memorable 16-year career.

Dave Stieb later became apart of Toronto’s Level of Excellence, where he joined the likes of famed players Tony Fernandez, Joe Carter, Carlos Delgado, Joe Carter and many others. In 2005, he was inducted into the Canadian Baseball Hall of Fame. So many accolades, achievements and recognition.

Better than being Mr. Almost, right?