The November 18 trade of shortstop Kevin Newman from the Pittsburgh Pirates to the Cincinnati Reds for pitcher Dauri Moreta didn’t generate a lot of buzz outside the participating cities — or even inside the participating cities, to be honest — but with a 2023 salary projected to be in the neighborhood of $3 million, it’s clear Newman was acquired with the intent of being crowned the Reds’ starting shortstop, spring training competitions be damned. Thus, I deem the matter worthy of discussion on a worldwide forum such as this one, in the belief that any team picking up a starting shortstop is a big story, and besides, this may be my last chance to get a few more gratuitous Seinfeld references out of my system.

Newman was the Pirates’ number one draft choice in the 2015 amateur draft out of the University of Arizona. Their second pick that year was another shortstop, Kevin Kramer from the University of California. Kramer’s failure to stick with the Pirates as Newman’s double play partner at second base beyond 43 games deprived baseball fans of five years’ worth of announcers’ Seinfeld-related jokes.*

Newman made his major-league debut on August 16, 2018. With the big club the rest of that year, he failed to make much of an impression either at bat or afield. At the time, it would have been the longest season he had ever played. Perhaps he was tired.

Then-general manager Neal Huntington saw fit to acquire Erik Gonzalez to compete with Newman for the shortstop spot in 2019. Gonzalez would emerge from spring training as the starter. However, he was injured in a violent collision with teammate Starling Marte on April 19, leaving Newman to take over. Newman responded by showing why he was a top draft choice. Gonzalez would return to the active roster in August, but not to the starting lineup. Newman finished the year batting .308/.353/.446, 12 HR and 64 RBIs, yada, yada, yada. He and Bryan Reynolds gave the Pirates two rookies who hit better than .300, the first time rookie teammates did that in the majors since a couple of guys named Jim Rice and Fred Lynn did it in 1975 for the Boston Red Sox. Maybe you’ve heard of them.

From sophomore jinx to defensive wizard

Alas, the strange 2020 season was next. I don’t put much stock in stats from that season. It seemed some players weren’t as prepared as others for the hastily organized, coronavirus-shortened, 60-game season. Newman didn’t hit or field particularly well and new manager Derek Shelton preferred Gonzalez at shortstop. Shelton challenged Newman to improve his defense for 2021 — and did he ever!

In 2021, Newman reclaimed the shortstop position and turned in one of the best defensive seasons in baseball history. He committed only three errors in 132 games at shortstop (and none in 15 games at second base). His fielding average at shortstop was .993. He was credited with seven Defensive Runs Saved by The Fielding Bible, which ranked him the sixth-best regular shortstop in baseball in 2021 using their ART system, a new-fangled way of looking at defense that incorporates positioning, air balls, range and throwing success.

Unfortunately, his 2021 batting line was .226/.265/.309, not much of an improvement over 2020. After two years of meager results at the plate, he was now challenged to improve his hitting in 2022. Once again, did he ever! Citing adjustments to his “swing path,” Newman finished 2022 with a stat line of .274/.316/.372. He actually had the best batting average on the Pirates among qualifiers for the batting title. However, his defensive numbers regressed as he sat out with injuries and shuttled between second base and shortstop, while the Pirates decided to promote potential superstar Oneil Cruz to the big club and insert him at shortstop. The PART system, newly named in 2022 so positioning could become part of the acronym — probably positioning’s agent complained — shows Newman with minus two Defensive Runs Saved at shortstop and zero as a second baseman.

What the defensive stats can’t quantify, however, is the psychological effect of having an infielder who won’t boot an easy grounder late in a tight game. How does one measure the impact of a demoralizing loss? That’s where I have seen the value of Newman. I’ve been a lone voice in the wilderness advocating for Newman against a certain element of Pirates fan for whom Newman couldn’t leave town fast enough. They complain that a former number one draft pick should be a better all-around player, yada, yada, yada.

My feeling is that his draft position is irrelevant. Nobody can go back and change it. One has to look at the player one has and not the player one wishes one has. Jim Tracy‘s 2006-2007 tenure as Pirates manager was a disaster because, among other things, he managed the team he wished he had instead of the one he had. That’s another story for another time.

From 1974-1978, the Pirates’ shortstop was Frank Taveras, who had speed and range and could steal bases. He had led the majors with 70 steals in 1977. But he also botched a lot of easy plays and committed 157 errors from 1974-1978. After making three errors in the first 11 games of 1979, the Pirates had seen enough and dealt him to the New York Mets for another shortstop, Tim Foli. Pirates manager at the time, Chuck Tanner, touted Foli by saying “he does the ordinary extraordinarily well.”

The slow-footed Foli didn’t range far for grounders like Taveras and could steal a base only by breaking into the ballpark in the middle of the night. Yet by superior positioning, his 5.16 range factor per nine innings was better than Taveras’s 4.79 in 1979. More importantly, there were only two occasions all season long where an error by Foli contributed to a come-from-behind, late-inning loss in 1979. The Pirates, of course, went on to win the World Series in 1979. Foli having stabilized the infield defense was credited as a major contributing factor to the championship.

That’s what the Reds are getting in Newman, a steady presence who won’t be flashy but will rarely botch an easy play in the late innings of a tight game. It’s an attribute that’s going to be important for a young rebuilding team like the Reds.

Reds general manager Nick Krall seems to understand this, explaining to The Cincinnati Enquirer why he chose to move on from incumbent shortstop Kyle Farmer and make the deal for Newman, “Kyle was transitioning more to the corner. Newman stayed more in the middle, a little bit more rangy. Kyle is a little bit more offensive. We’re just looking for a different fit and Newman just kind of fit better.”

Making room for another Cruz?

The Reds’ top prospect is 20-year-old shortstop Elly De La Cruz, who profiles eerily similar to Oneil Cruz in size, power, speed, arm strength and surname. Newman is likely on hand until Cruz is deemed ready to crack the everyday lineup. Then he’ll probably move on. This might be Newman’s niche in baseball going forward. He’ll be the guy who holds down an infield position and won’t embarrass his team while they wait for a prospect to arrive — not that there’s anything wrong with that, as Jerry Seinfeld would say. At $3 million a year, it’s not a bad way to make a living.

*So, besides Newman and Kramer, who else could be part of an all-Seinfeld team? There’s no record of there ever having been a professional baseball player named Seinfeld. Harry Steinfeldt, the forgotten man in the famous Joe Tinker-to-Johnny Evers-to Frank Chance infield immortalized in poem, is close enough. Retired pitcher Andy Benes is a no-brainer to represent Elaine Benes. How about 19th-century pitcher Crazy Schmit for Crazy Joe Davola? Leo Posada, an outfielder for the Kansas City Athletics from 1960-1962 and an uncle to former New York Yankees catcher Jorge Posada, would represent Uncle Leo. Who to commemorate George Costanza? The choices are two D-leaguers in Vito Costanza, who pitched in 1949, and Rocco Costanza, who played in 1951. I’ll pick Rocco and his 91 games played, as the seldom-used Vito’s stats indicate he was a minister without portfolio. Maybe Vito’s baseball career was spent working on the Pensky file, eh? 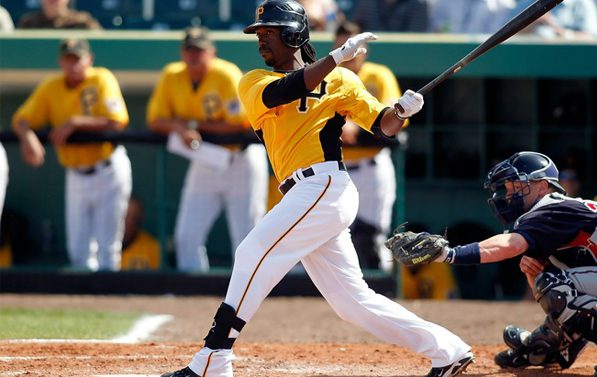