As we near another season of baseball, it is important to look ahead to the 2020 MLB Draft and determine just who the top prospects are.

For example, you can head on over to our MLB Mock Draft (Version 3.0) to see where we currently think everybody is going to end up. But, that does not always mean that the top five selections are among the top five prospects in the 2020 MLB Draft.

Because of that, we believe the following five MLB prospects are the top-rated players in the upcoming 2020 MLB Draft. 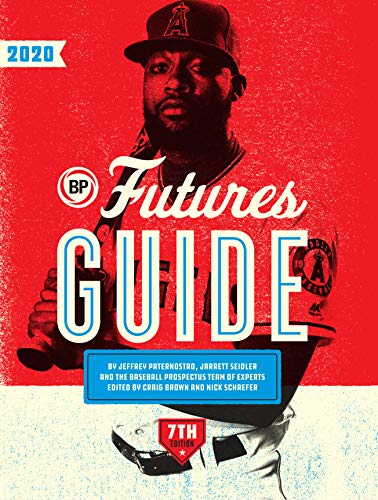 A right-handed pitcher from Georgia, Hancock has received tons of comparsions to Casey Mize (who you can read about here). Hancock currently has four pitches that are all rated at the ‘plus’ level and has outstanding control of them all. Unfortunately, an injury knocked him for a large part of his sophomore season. Despite that, he still remains as the top prospect for the 2020 MLB Draft.

Hancock’s fastball is what really caught attention of scouts. He can throw it upwards of 99 mph with plenty of movement. In just 90 innings of work during his sophomore campaign at Georgia, he struckout 97 batters. It’s not quite the high numbers Mize had coming out of college, but scouts note that Hancock’s ceiling is likely higher.

Scouts are raving about Spencer Torkleson’s ability at the plate. Carlos Collazo of Baseball America noted that he has some of the biggest raw power in the 2020 class and is easily the most dynamic hitter in all of college baseball right now.

The hype is real for Torkelson. While playing at Arizona State University, he broke Barry Bond’s homerun record. He is often described as the next Andrew Vaughn, but with a tad less pure hitting ability but a lot more power behind his bat.

In his first two seasons at Arizona State, Torkelson hit .334 with 48 home runs.

Currently playing for Vanderbilt, Martin is hit a team-best .410 last season while also playing multiple positions and had the honor of being the only underclassman to be named as a First-Team All American.

He currently plays third-base for Vanderbilt, but easily has the hands to move over to play second. He currently leads the SEC in hitting (.410) and on-base percentage (.503). A lot of his ability at the plate has to do with his terrific ability to put the barrel on the ball.

We will let some videos do the talking for Nick. He has one of the best bats in college baseball and scouts rave about his ability to carry over that success into the professional ranks.

With Texas A&M in 2019, Lacy posted a 2.13 ERA over 88.2 innings of work with a team-leading 130 strikeouts. He also led the nation with a mere 5.0 hits per every nine innings. His fastball comes at you around 95 mph and scouts believe he has one of the best changeup in college baseball.

He ranked third in NCAA Division I in opponent average (other teams only hit .162 against him) and eighth in strikeout rate.

As mentioned, just because these are the top prospects for the 2020 MLB Draft doesn’t mean they will be the first five players taken. Teams will go after needs before drafting a player just because of the talent he has showcased.

That being said, be sure to check out our other draft coverage: