Please, no jokes about how they’re already handicapped. The various odds makers, prognosticators and seers have the 2022 Pittsburgh Pirates pegged anywhere from 60 to 65 wins. Some friends suggested I write about why these preseason projections might be right or wrong. The proper time for a preseason prediction has passed, but my day job hasn’t allowed for much free time lately. So while this may be late, I’m comforted in the knowledge that you’re not paying to read it anyway.

It all starts with pitching, so they say. In 2021, an astounding 38 pitchers took the mound for the Pirates, including three position players. No, the pitching wasn’t astounding, just the fact there were so many of them. Reliever Chris Stratton led the team with seven wins, partly because of how manager Derek Shelton employs his starters (more on that later), but still a sad commentary on the state of affairs. The staff pitched to a 5.08 team ERA, next to last in the National League. They also finished at or near the bottom in every major pitching statistic.

The Pirates look for Quintana to recapture his previous form. A serviceable starter since 2012, he was 0-3 with a 6.22 ERA pitching for three teams over 2020-21 after consecutive 13-win seasons for the Chicago Cubs in 2018-19. They also look for top prospect Mitch Keller to realize his potential and become one of the league’s elite starters. He added velocity to his fast ball during the offseason and is taking the mound with a more aggressive attitude. Early returns are encouraging. Rounding out the rotation are JT Brubaker, Bryse Wilson and Thompson, all of whom look to take major steps forward.

The bullpen has two solid late-inning relievers in right-handers Stratton and David Bednar. Lefty Dillon Peters, who intrigued with his change-up in his six starts last year, and righty Wil Crowe, a so-so starter in 2021 who seems renewed as a reliever in 2022, give Shelton two multiple-inning options.

It’s possible the young starters could show marked improvement over 2021. It’s also possible Quintana could become the pre-2020 version of himself. However, if he does, he’ll surely be traded by the July 31 deadline. The issue is the lack of pitching depth to sustain the Pirates through 162 games, given how Shelton uses them. Starters generally go through the order twice and are pulled before they can go five innings. Peters and Crowe so far have proven capable of giving the Pirates two or three solid innings to serve as a bridge to Stratton and Bednar. Lefty Sam Howard‘s eventual return from the injured list will provide a boost.

Even so, Shelton’s system requires more than five effective relievers. I just don’t see enough quality in the bullpen to carry the team through five innings of relief nightly. (This is not to criticize the strategy, however. Obviously Shelton or somebody higher up has decided things have to be done a certain way to be successful and they’re going to be done that way.)

The regular line-up, for the third year in a row, isn’t so regular. Here’s what we know for certain. Ke’Bryan Hayes at third base and Kevin Newman at shortstop, each of whom will give the Pirates elite defense, will anchor the left side of the infield. Power-hitting Yoshi Tsutsugo, rejuvenated as a Pirate late in 2021, will see most of the action at first base. Bryan Reynolds, a 2021 All-Star and the Pirates’ best all-around player, is the center fielder. The veteran Perez will carry the load behind the plate. The designated hitter spot has been a platoon between Vogelbach and Michael Chavis.

However, there are revolving doors at second base and in the corner outfield spots. Hoy Park has seldom played since starting at second on opening day. Rookie Diego Castillo, whose hot spring training bat won him an unexpected spot on the active roster, VanMeter and Chavis have since handled the position. Allen won a starting job in the outfield in the spring, but an injury will keep him out until June. Ben Gamel, Marisnick and Cole Tucker have primarily manned the corner outfield spots. All provide excellent defense, but none provides the type of offense a contender needs from a corner outfielder, although Gamel has a knack for big hits. The persistent use of converted shortstop Tucker there, with his career .212/.262/.319 slash line as I write this, remains a mystery.

PNC Park, with its deep left field and short right field, albeit with the 21-foot-high Clemente Wall, was designed for a team loaded with left-handed hitting and pitching. Yet, until now the team had never been constructed that way since the ball park debuted in 2001. With Tsutsugo, Vogelbach, switch-hitting Reynolds and, when he gets to Pittsburgh, hot prospect Oneil Cruz all swinging from the left side, there could be a few nights in PNC Park where the fans are treated to an occasional offensive explosion. Still, this team will not be an offensive juggernaut. After the first four spots in the order, typically Vogelbach, Reynolds, Hayes and Tsutsugo, there is little to strike fear into the hearts of opposing pitchers.

Finally, let’s discuss Shelton. Known to the players and broadcasters as “Shelty,” possibly the worst nickname in baseball history, I’ve found him a mystery. During 2020 and 2021, he had much to say about player development but little about the won-lost record. Last year, he seemed less concerned, at least publicly, than the fans about avoiding certain ignominious milestones like 100 losses or going through the entire season without a three-game sweep.

So I was glad early in the 2022 season to hear him say, “I didn’t come here to lose.” Crowe, for one, followed Shelton’s lead, saying recently, “That rebuild crap is annoying to hear.” I had wondered whether Shelton might be a caretaker type of manager like former Pirates manager John Russell, who wasn’t around for the team’s run of wild card success. I have since become convinced Shelton is the right man to steer the ship.

It’s evident, 13 games into the season as I write this, Shelton has the team playing together and unselfishly. The hitters look to be putting together good at-bats. Depending on the situation, they’re trying to get on base or drive in a run, rather than foolishly trying to knock every pitch out of the park, as I see on so many other teams. Shelton’s use of his top relief pitchers has been creative, employing them in earlier innings based on match-ups and situations. Neither Bednar nor Stratton is complaining about the lack of save opportunities. In short, there’s a total buy-in of “Sheltyball.”

In conclusion, I have the Pirates faring a little better than do the odds makers. Why? I believe some of the young pitchers will progress. I can foresee a few fun nights watching the ball fly out of the home ball park. The players are buying into a program designed to make them successful. Moreover, the Central Division just isn’t very strong beyond the Milwaukee Brewers, favorites to run away with the division and win as many as 100 games. Then what? They’re rebuilding in Chicago and Cincinnati. The Albert Pujols–Yadier Molina–Adam Wainwright last hurrah in St. Louis makes for a feel-good story but these rarely have the expected fairy-tale endings.

In the end, though, there just isn’t enough depth in the batting order or the bullpen to produce much success for the Pirates. I must also factor in the usual July 31 departures. Thus, I predict 70 wins. 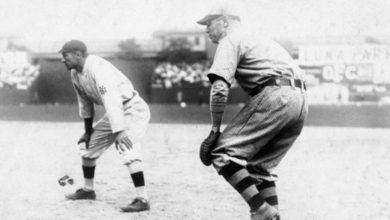