The Minnesota Twins had their 2019 campaign ended in devastating fashion with a 5-1 loss to the New York Yankees in the American League Division Series. The loss capped a three-game sweep for the Yankees.

Minnesota’s bats, which hit a record-setting and league-leading 307 dingers in the regular season fell quiet in the postseason. As a team, the Twins hit just .218 and recorded just four home runs in the three-game series against the Yankees.

Despite the loss, the 2019 season for the Twins was a memorable one. More importantly, the front office was able to build around a core of solid players and develop a powerful lineup.

There are, however, concerns about the team’s top prospects, Byron Buxton. He lost another season of development to injury and the club will still have to determine the future of Jonathan Schoop and Jake Odorizzi.

That being said, the Twins are in solid position to use the 27th pick of the 2020 MLB Draft to add depth to their farm system. We at TTFB think the Twins will go with:

The Twins have mostly sat tight this offseason to see who is going to fall down the board to them at the 27th spot. Previously, we have witnessed the Twins focused largely on power potential with their daft picks. There is understandable logic to his, as power bats – and power arms – are the most expensive to sign in free agency, so might as well get them cheaper and develop through the draft.

Ed Howard fits that idea. He is an up-the-middle talent with massive power potential who has the chance to move off the position. If you are a Twins fan, that got of player makeup probably sounds quite familiar. That is because there is some room to compare with Keoni Cavaco from just a year ago.

Howard has the physical tools that most MLB teams desire. Scouts have noted that he is large and muscular and clearly has a big-league ready body type.

He has a simple and repeatable stroke with excellent batspeed and hip torque that is consistent with the hard game contact the Twins like to look for.

As well, scouts have raved about his defensive ability. Indeed, even at the age of 12, he displayed a smooth and easy fielding technique and a subtle confidence in his play, as demonstrated in this video from the Little League World Series: 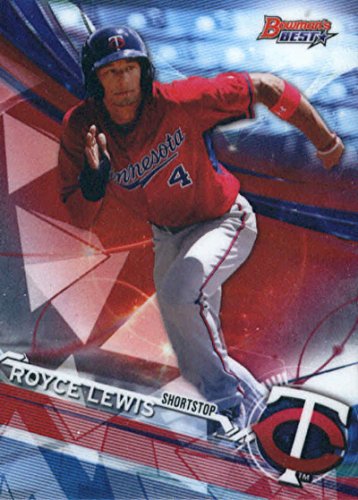 He’s now one of the top 5 high school draft prospects in the country 👀https://t.co/f7omgaaiJT pic.twitter.com/tAC8urw4CE